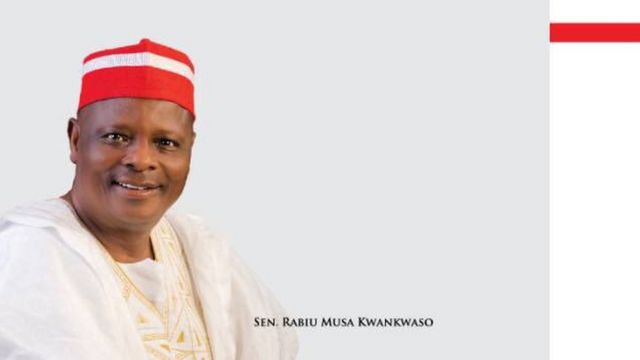 Former Governor of Kano State and presidential candidate of the New Nigeria Peoples Party (NNPP), Senator Rabiu Musa Kwankwanso, has said the presidential candidate of the Peoples Democratic Party (PDP) and former vice president Atiku Abubakar should bury the thought that he will get 11 million votes in the 2023 general elections saying the political dynamism of Nigeria has changed in the last three years.

Kwankwanso who stated this on Tuesday in Abuja after undergoing NNPP’s presidential screening to contest the 2023 general elections said Nigerians are wiser and are desirous of a leader who can change the situation of things in Nigeria and move the country in the right direction.

On the claim by the former vice president Atiku Abubakar that he is already guaranteed 11 million votes going to next year’s general elections Kwankwanso retorted: “Where will he get the 11 million votes from? Who brought them? We brought them. There is a lot of division in the country and if something is not done, the country will not grow. In Kano, we know what happened in 2019, and how the popular votes were subverted. That will not happen in 2023, especially with the signing of the electoral law.

“Nigerians need someone who can come and salvage the country. In 2023, Nigeria will go for someone who is capable. Nigerians will support capable people and we will work with Nigerians not minding religion or ethnicity,” the former Minister of Defence stated.

Kwankwaso who said their NNPP now has a presence in all the wards, local government areas, states, and regional and national levels added that he was part of those who worked hard to ensure that the former vice president and PDP garnered more than 11 million votes during the 2019 general elections.

The former Defence Minister however added if he is elected as Nigerian president next year, he will tackle insecurity, upgrade the educational system and unite different ethnic groups in the country.

“What worries us today is the issue of insecurity. People are so concerned. I want to tell you that as a former Minister of Defence, I will be very happy to apply all the experiences that I have to tackle insecurity. I know very well that our security men and women are very capable, with the political will to do their job perfectly.

“During our time, the Nigerian military was regarded as the best not just in West Africa, but in the continent. What is happening now is a bit surprising. Our government by the grace of God will give the military the best of training and retraining and ammunition.”

The former governor added that he did not have any regret in dumping the APC and the PDP saying he did not want to soil his hands in corruption.

“I am happy I left PDP and I left APC. I didn’t want to soil my hands. I was in NDDC during the time of Yar’Adua in 2007. What I saw in NDDC made me resign. I am proud that I resigned my membership of PDP or APC.”