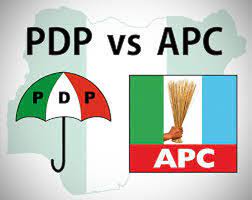 The Peoples Democratic Party (PDP) on Sunday accused the All Progressives Congress (APC) of inciting a political crisis in order to block the 2023 general elections.

In a statement issued by its National Publicity Secretary, Debo Ologunagba, PDP alleged that APC planned to manipulate the voting process in order to extend its tenure beyond May 29, 2023.

The APC, according to the opposition party, had concluded plans to orchestrate insecurity and political uncertainty to derail the electoral process and create a situation to justify a tenure extension.

The 2023 elections primaries had been delayed in many parts of the country over confusion on whether or not President Muhammadu Buhari had signed the Electoral Act Amendment Bill forwarded to him by the National Assembly a few days ago.

The amendment is crucial to the participation of statutory delegates at the primaries and parties’ national conventions.

The statement read: “It is not surprising to the PDP that Mr. President was again absent having travelled to the United Arab Emirate and abandoned his constitutional duty of signing the crucial amendment to the Electoral Act.

“This attitude of Mr. President to an issue that is critical to our electoral system is consistent with APC’s plot to cause confusion in the polity, orchestrate an unconducive environment for elections, stall the 2023 general elections and achieve a rumoured third term agenda.

The PDP claimed that the APC administration has compromised the security system, thereby exposing the country to attacks and allowing terrorists to share authority over significant areas of the country.

“This probably explains why President Buhari has failed to confront terrorists, contrary to his promise to lead the fight against terrorism from the front and why he remains absent and weak as terrorists pillage our citizens in various parts of the country,” it added.

“I Can’t Tolerate Further Beatings From My Wife”, Man Cries Out For Help, Seek For Divorce