2023: WHOEVER IS AGAINST ZONING IS AN EMEMY OF NIGERIA- PFN 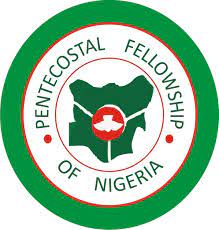 The Christian Pentecostal Fellowship of Nigeria, (PFN) on Tuesday, said that politicians who don’t mean well for the country are against zoning, just as it warned that the 2023 general election is under threat.

The Christian body gave the warning in a statement signed by its Enugu State leader, Bishop Godwin Madu.

Madu said there was need for the zoning agreement in the country and in the various States to be respected for the country not to be plunged into chaos.

The statement partly read, “We already have so many problems in the country, especially insecurity, which is ravaging all parts of the country.

“Many roads in the country are now inaccessible owing to the activities of bandits, with several communities displaced by bandits and terrorists.

“One, therefore, wonders how the election will be held, with the situation almost overwhelming security agencies.

“This is why we are demanding that efforts should be made to calm the tensed political tension in the country and in the various States. The first step is to respect the zoning arrangement in place by allowing a Southerner, especially someone from the South-East to produce the next president.”

It added, “This is the only roadmap towards a lasting peace in the country but politicians who don’t mean well for the country are against zoning.

“Similarly, in Enugu and some other States where there is zoning, it should also be respected.

“It is only when there is peace and justice that there can be security and progress.

“All the aspirants must play by the rules because Nigeria must first exist before they talk of who will be president.”

The Church leader asked Christians to ensure that they got their Permanent Voter’s Card.

“Elections are not won on social media,” he said, adding that “every well-meaning Nigerian should go and obtain PVC instead of sitting in the comfort zone of their rooms to complain of bad leadership.”

He further urged Christians to intensify prayers as the nation inches closer to the 2023 general elections, warning that “the danger signals must not be ignored. There is currently all manner of threats against the corporate existence of Nigeria, but with prayer, we shall prevail.”