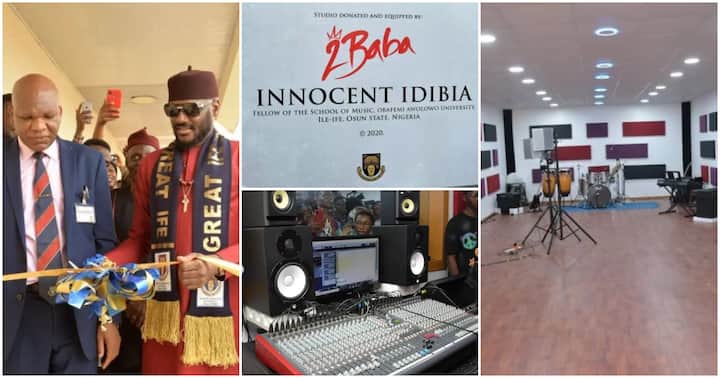 Popular Nigerian music legend, Innocent Idibia (aka) 2baba, recently caused a buzz on social media after he built and fully furnished a music studio at the Obafemi Awolowo University, Ile-Ife.

Taking to his verified social media page, 2baba shared a series of official photos from the music studio and had fans gushing over them.

Not stopping there, the top singer also explained the reason behind him making such a big impact on the institution despite having no ties to it.

According to 2baba, he always wished he had music as a course in his secondary and tertiary institutions.

Not stopping there, the singer added that his goal is to build recording studios in as many schools as he possibly can. 2baba also called on some of his celebrity colleagues to join the cause.

In his words: “I always wished I had music as a course in my days in secondary and tertiary schools. My goal is to build a recording studio in as many schools that I can.

“I want to use this medium to ask my entertainment industry/celebrity friends to do anything they can as well. I LOVE US.”

Malami: I Won’t Resign Until The End Of My Tenure