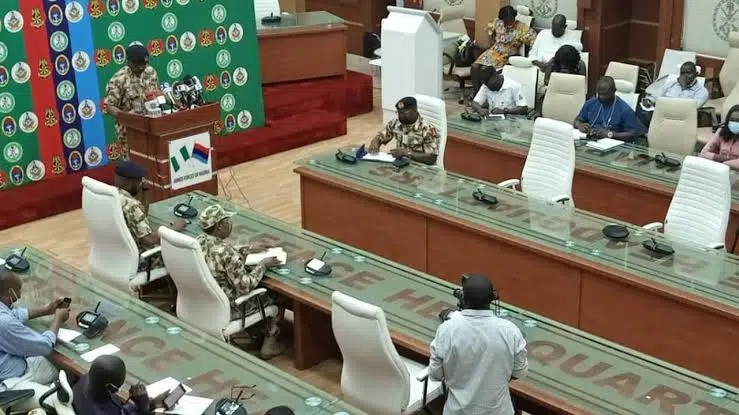 The Defence Headquarters (DHQ) has reportedly ordered the immediate discharge of ‘disgruntled’ officers and men of the Nigerian military.

It was gathered that the DHQ want the sack of those wanting in unethical behaviours and acts of gross misconduct.

According to PRNigeria, the DHQ directed the leadership of the Nigerian Army, Navy and Air Force, to ‘sack’ their personnel who are no longer motivated to discharge their ‘constitutional duties.’

“In view of the above, deployments of such personnel do not benefit the Services and are in fact counter-productive.

“Consequently, on the identification of disgruntled or unmotivated personnel Services are advised to take steps to compulsorily discharge or retire such personnel in line with extant laws, instead of deployment,” Irabor said in the memo.

Speaking to the publication, the Director, Defence Information, Major General Jimmy Akpor said loyalty, discipline, integrity and self-sacrifice, amongst other are core values troops must possess to carry out their constitutional roles efficiently.

“Anything to the contrary portends negative perception for not only his team but also the entire Armed Forces.