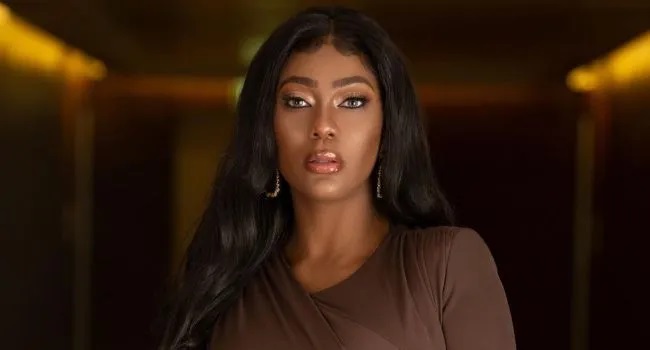 Faith Morey who recently confirmed the split from her American husband, Randy Morey, after being allegedly involved with Davido’s father, took to Instastories to disclose that her $15,000 bracelet was snatched from her at a friend’s surprise party.

Though livid at the incident, the American model and mom of one expressed gratitude to God for not allowing the occurrence to lead to any loss of life.

“Whoever has my bracelet, I hope that’s all the money u make in 5 years.
And folks, let’s be thankful for each day we go out & wake up in our beds, not the hospital.”

She continued, “It would have been worst. It will cost money since it’s the RR. My life & my brother’s important”

Another Man Rescued From Jumping Into Lagos Lagoon (SEE VIDEO)

From PDP, Dino Melaye Cries Out Over Buhari’s Request To APC Governors