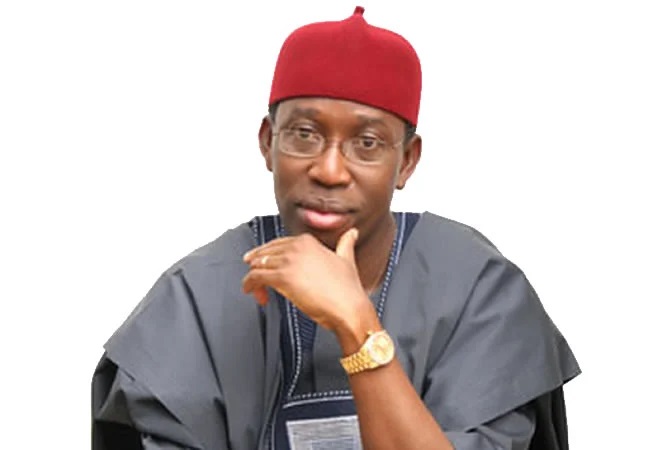 The presidential candidate of the Peoples Democratic Party (PDP) Atiku Abubakar has picked the governor of Delta State, Dr Ifeanyi Okowa as his running mate for the 2023 presidential poll.

Highly placed sources within the opposition party told The Press Nigeria that the choice of Okowa was made on Thursday following the recommendation of the party’s Vice Presidential Candidate Screening Committee led by Chief Tom Ikimi, which chose the Delta Governor ahead of his Rivers State counterpart, Nyesom Wike, who was also screened by the Committee.

Barring any last minute changes, the party and Atiku are billed to make the announcement ahead of the Friday deadline for submission of candidates’s names set by the Independent National Electoral Commission (INEC).

Ripples Nigeria had only recently reported in an analytic piece that Okowa stood a better chance of emerging as the preferred choice of vice presidential candidate to Atiku ahead of Wike and other based on indices examined.

Before settling for Okowa, the party had been thrown into a dilemma with many party stalwarts divided on the possible running mate who would be able to galvanise votes for the party in the south with the likes of Wike, Okowa, Akwa Ibom State Governor Udom Emmanuel and former Cross River State Governor Donald Duke considered.

But the names were whittled down to Okowa and Wike with insiders insisting on Wednesday that Okowa had the edge over Wike as most members of the Committee were favourably disposed to his emergence.

Insiders also hinted that as at Thursday morning, Okowa was the final choice of Atiku who preferred him over Wike.

The insiders said Atiku was not comfortable with Wike as his running mate and had shared his concerns with the party hierarchy who also sertled for his choice of Okowa.

The Delta State Governor is seen by many PDP leaders as a calming influence who would bring his vast grassroots support base in the South-South to bear which could ultimately translate to victory for the party in the presidential election.

His selection as Atiku’s running mate is also seen as a balancing act in the northern/southern and religious debate which is a major factor in Nigeria politics.

A medical doctor and former Senator, Okowa started his political career from the grassroots, when he served as Secretary to the Ika North Local Government before eventually becoming the chairman of the local government.

At the state level, he served as Commissioner in three different ministries, Agriculture, Water Resources and Health, before becoming the Secretary to the State Government.

In 2011, he was elected Senator representing Delta North Senatorial District at the National Assembly and in 2015, contest and won the election as governor for his first term, repeating the feat in 2019 for his second term.

By settling for Okowa as the PDP presidential running mate, the leaders of the party see in him a man with a vast experience at the grassroots, state and the national stage, both in the executive and legislative arms of government.