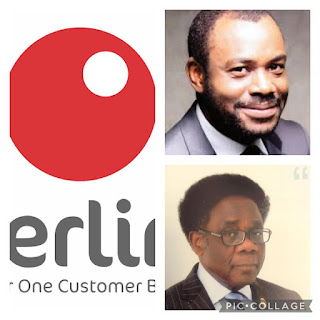 The Former Executive Chairman of the Leventis Group Plc, Chef Joseph Babatunde Oke, has asked the now controversial Managing Director and CEO of Sterling Bank, Alhaji Abubakar Suleiman, to apologize to Nigerian Christians in a few national dailies and afterwards, resign his position.

You would recall that the Christian Association of Nigeria, (CAN), had earlier called for the immediate sack of Abubakar Suleiman, over a controversial Easter Advert considered blasphemy by the Advertising Practitioners Council of Nigeria, APCON.

According to a statement by the National Publicity Secretary of CAN, Joseph Bade Daramola, the association called for Suleiman’s sack for ‘hostility and hatred’ against the Christian faith, according to him, “The attention of the leadership of the Christian Association of Nigeria (CAN) has been drawn to an ungodly, wicked, insensitive and deliberately provocative advertisement of the Sterling Bank comparing the Resurrection of our Lord and Saviour, Jesus Christ to ‘Agege Bread’ amidst the Easter celebration.”

In the same vein, Chief JB Oke says, after appealing to all and sundry, the Christian Association of Nigeria (CAN) had finally taken the matter up. I had written asking for the MD of Sterling Bank to step down. We all know that if it was the other religion, hell would have been let loose by now. So, I am encouraging all my friends, including our Schools to close their Accounts with Sterling Bank. We must not tolerate Religious Bigots in our Societies, so. I have left the matter in the hands of CAN.

Furthermore, Sterling Bank is my opinion is an Islamic bank. Its plans for Sharia banking are fast afoot. The religious bigot MD is fully aware of the offensive advert and probably enjoyed it.

The earlier Christians begin to identify enemies of our faith and keep away from them the better for all of us.

Agonies Of Poor Workers As They Lament Poor Conditions, Salaries At Buidwell Ltd