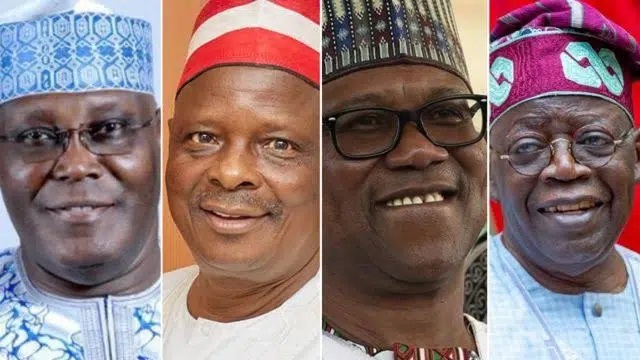 Controversial media scholar, Farooq Kperogi has said that the political party with the highest vote-buying ability would win the 2023 presidential election.

The Press Nigeria reports that the recently-conducted Ekiti governorship election, won by Biodun Oyebanji of the ruling All Progressives Congress (APC), was marred by vote-buying.

In a statement on Tuesday, Kperogi expressed fears that the 2023 general election might also be characterised by vote-buying and other electoral malpractices.

He asserted that vote-buying abilities would determine who would win in 2023 and not mass support or rigging.

He said: “If what happened in the Ekiti State governorship election is any guide, the party that will win the 2023 presidential election would be the party that bribes voters the most.

“Even people who sang passionate anti-APC songs on election day, according to news reports, buckled under at the sight of wads of naira and voted for APC!

“I no longer trust social media and environmental signals as reliable predictors of parties’ performance at the polls in 2023.

“Vote-buying abilities, not mass support or rigging, would determine who would win in 2023. Sad but true.

“Omoyele Sowore is right to redefine PVCs as “Poverty Verification Cards.” With Nigeria being the Poverty Capital of the World, millions of people will verify their cards for the highest bribe givers.

“Instant monetary gratification is more important to a poor person writhing in unspeakable existential torment than the illusory promise of deferred gratification.

“And that’s precisely why people in power have a crucial self-interest in keeping the populace poor, powerless, and amenable to manipulation through bribery on election days.”

See also  2023: We Are In Talks With Peter Obi For Merger Says Kwankwaso