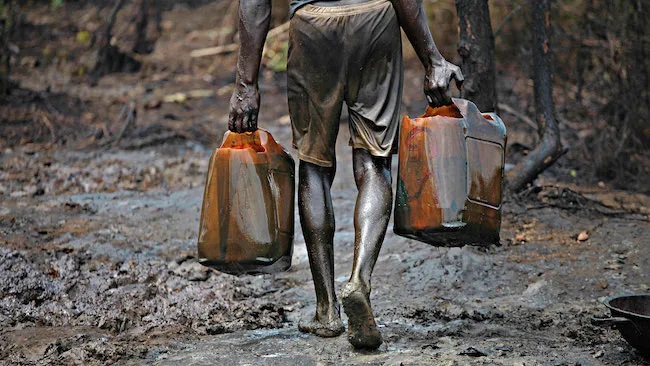 The Federal government of Nigeria has revealed that a whopping N434 billion (about $1 billion) was lost to oil theft between January and March this year.

Gbenga Komolafe, the Chief Executive Officer of the Nigerian Upstream Petroleum Regulatory Commission (NUPRC), disclosed this while speaking at a Community Summit on the implementation of the Host Communities’ Development Trust on Monday.

According to him only about 1.35 million barrels or 71 per cent of the 1.9 million barrels that Nigeria produces, all things being equal, gets to the crude oil export terminals due to massive theft and pipeline vandalism.

He stressed that the challenge was hindering Nigeria from meeting her crude oil output capacity.

Given the prevailing price of an average of about $116 per barrel at the international crude oil market and an official exchange rate of N415/$, the loss sums up to about N434 billion.

“While the commission is prioritising efforts towards increasing oil and gas production and ensuring maximum economic recovery in Nigeria through the optimisation of oil and gas value chain, there have been challenges limiting the country from making the much-desired progress,” Komolafe lamented.