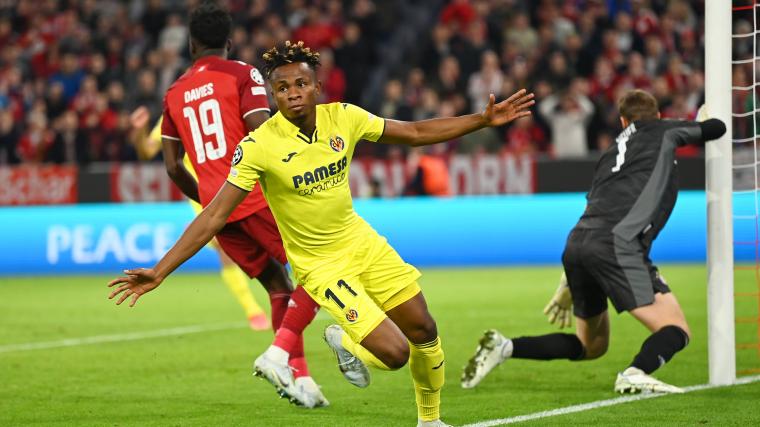 Substitute Samuel Chukwueze was the hero for Villarreal as they stunned Bavarian Giants, Bayern Munich to reach the semi-finals of the UEFA Champions League.

Chukwueze had been on the pitch for only four minutes when he got on the end of Gerard Moreno’s cross to find the net and earn Unai Emery’s side a 1-1 draw on the night and a 2-1 victory on aggregate in the quarter-final tie.

After stifling Bayern in a goalless first half at the Allianz Arena it had looked as if the Bundesliga leaders would prevail after Robert Lewandowski’s smart finish six minutes after the restart had got the game back level on aggregate.

Bayern were left to reflect on not doing enough with all their possession in the final third with Thomas Muller guilty of wasting their best chance to win the tie as he nodded wide when completely unmarked.

Villarreal again demonstrated the European pedigree that saw them win the Europa League last season as they held their nerve, kept battling, and were rewarded with Chukwueze’s late heroics and they will face either Liverpool or Benfica for a place in the final. For the first time in his managerial career, Unai Emery is through to the Champions League semi-finals

It had been Arnaut Danjuma who had been Villarreal’s hero in the first leg with the lone goal in Spain.

But it was Danjuma’s replacement as an 84th-minute substitute who made the difference for the side who are seventh in La Liga.

The Nigeria international had not scored for Villarreal since December 18 but picked a perfect time to end his drought. He was at the back post to get on the end of Moreno’s center. His contact was not the cleanest but that actually helped him inadvertently as the ball bobbled past Manuel Neuer in the Bayern goal.