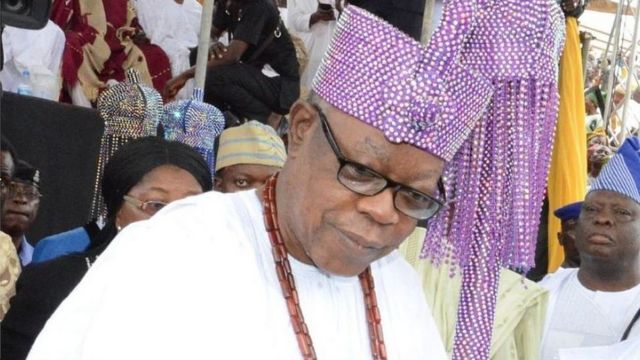 The Olubadan of Ibadan land, Oba Lekan Balogun has said that no fever than nine (9) traditional chiefs in Ibadan are due for promotion.

The monarch made this disclosure via a statement signed by his Personal Assistant, Chief Akeem Rufai.

The monarch, in the statement made available to The Press Nigeria on Tuesday, said that one of the nine traditional chiefs due for promotion is the All Progressives Congress (APC) gubernatorial candidate, Senator Teslim Folarin.

He said that Folarin will move from his current position to Asaaju Olubadan of Ibadanland.

The monarch said that the traditional chiefs would be promoted at Alli-Iwo Palace to their next ranks on Friday.

The statement added that the Olubadan would supervise the promotion of the chiefs.

The Press Nigeria recalls that the current Olubadan, Oba Lekan Balogun, ascended the throne in March this year.

The monarch is from Alli-Iwo compound.