Over 7,200 Nigerian Nurses Migrated To The UK, US And other Countries In The Last One Year —Nursing Council 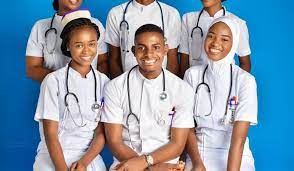 While Nigeria has continued to lose its trained health workers especially doctors to the UK, USA, Saudi Arabia, Dubai and even South Africa, nurses trained by the country have now become the hottest professionals who have decided to relocate to other countries.

This was confirmed in a report on Thursday by the Nursing and Midwifery Council of the United Kingdom (NMC) which revealed that as many as 7,256 Nigerian nurses migrated to the UK in the last one year between March 2021 and March 2022.

The data also revealed that of all foreign trained nurses who were registered in the UK, Nigeria sits in third place with the highest number of migrant nurses behind the Philippines and India.

“Between 2021 and 2022, there was a significant increase in the number of people who trained in India, the Philippines and Nigeria joining the permanent register for the first time.”

The cases of Nigerian trained medical personnel migrating from the country is not helped by the way the Federal Government treat their cases with disdain and complete neglect.

The Minister of Labour and Employment, Dr. Chris Ngige has also not helped matters with his comments on Nigerian doctors who have been engaged in one strike action or the other over their remuneration and allowances.

In a recent interview on national television, Ngige had said the issue of brain drain and migration of medical doctors out of the country was not a totally a bad situation as the doctors would come back to the country in the future better equipped with knowledge to make the desired impact in the country.

“This is not a phenomenon that is new in Nigeria. By 1982 and 1984, our doctors were moving to Saudi Arabia and United Kingdom. It was not a new thing. By 1990, they were moving to the United States. These countries need our doctors because they are well trained.

Woman Arrested For Selling Her Baby And Another Child