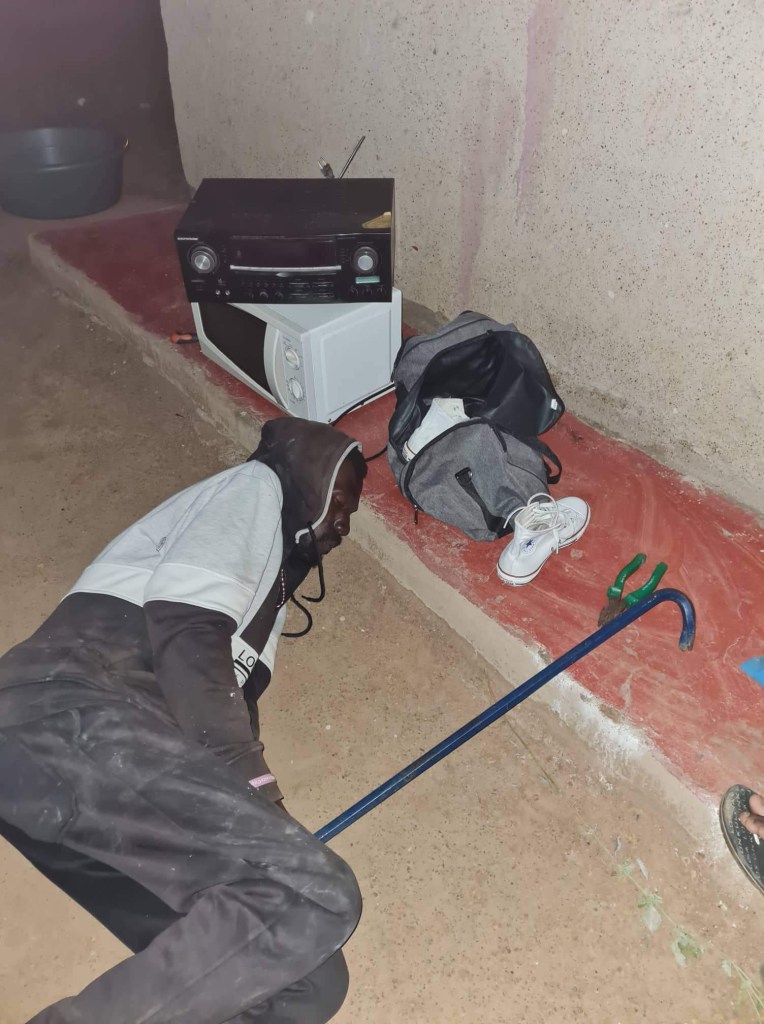 The criminals were said to have broken into the woman’s house last Thursday April 14, and stole a plasma television, a microwave, shoes, and many other things out of the house. But on getting to the door that leads out of the compound, they mysteriously dozed off