Tinubu Lands In Trouble For Saying Youths Tweet On WhatsApp 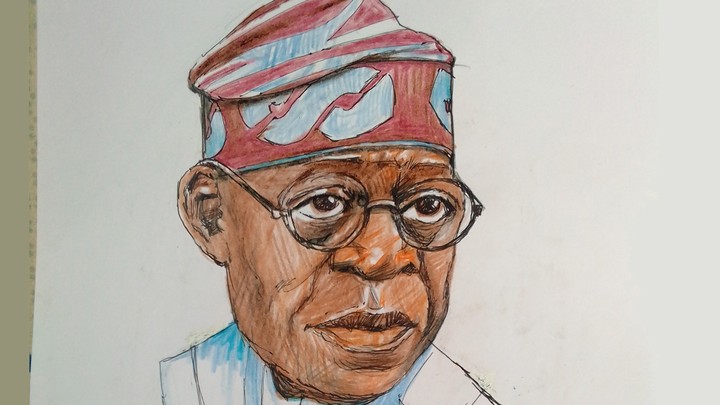 Former Lagos State governor and National Leader of the All Progressive Congress (APC), Asiwaju Bola Tinubu, is currently being criticised over his “tweeting on WhatsApp,” comment.

While addressing youths of the party at a rally which held in Lagos at the weekend, Tinubu, who is a presidential aspirant, had said social media users could tweet on WhatsApp.

“Do you know how many of you are tweeting on WhatsApp right now? [intelligible] holds a database of 1.6 billion on WhatsApp alone,” he said

He failed to correct himself and specify that WhatsApp is a messaging platform owned by Meta and its estimated users stood at two billion as of the end of 2021.

On the other hand, Twitter is a microblogging platform used by politicians, journalists, businesses, and everyday citizens to comment on emerging issues and causes.

Tinubu made the controversial comment while decrying how Nigeria has not been able to harness its full potential in the area of modern technology.

He had said he would fix the problem if elected, but in a backlash, some Social Media users knocked the former Lagos, asking if he who could not distinguish between the two dominant platforms could fix such problem.

@renoomokri said, “According to Tinubu, “Many of you are tweeting on WhatsApp”. And he wants to be your President? This is Buhari part 2!”

Tweeting via @RealSolaKuti, one Babasola Kuti Junior said, “Mc Oluomo’s president said you people are tweeting on whatsapp. Then he goes on to say we started disconnecting phone numbers for NIPP (National Independent Power Project) instead of NIN. Jagaban come dey make Buhari be like person wey get PhD from Oxford.”

@Imudia_se wrote, “Tinubu has already given us a sign again… Tweeting on WhatsApp. Previous: Permanent voter cards have an expiry date.. To recruit 50million youths to fight unemployment… If someone you know starts saying abnormal speeches, what would be your advise?”

@OmoGbajaBiamila said, “So, did the sign language guy also interpret the “tweeting on WhatsApp…”? 🤔”

@Royaltyuso said, “Your wannabe President said that you Nigerians are “tweeting on WhatsApp”. Guess who?”

@theonly1acre wrote, “I will leave Twitter soon. I want to focus on tweeting on WhatsApp. It’s about time..”

@isexcel: “Pantami disconnected phone numbers from the national electricity grid: Tinubu
The youth are tweeting on WhatsApp: Tinubu. Two blunders under 48hours. There is no way you want to package this man….no way. He doesn’have the mental strength.”

@OparaNweze: “I just heard a presidential aspirant say that WE ARE TWEETING on WHATSAPP, and OUR PHONE NUMBERS WERE DISCONNECTED FROM NIPP… May affliction not rise a second time…Amen!!!”

@Obong_Ekpe: Nigerian Youth’s like Tweeting on WhatsApp too much. 😂😂😂🤣😂 Deluded old drug Baron.”

Tinubu’s mixture of both platforms marks another instance of his embarrassing public statements.

The 70-year-old politician said last year that the Nigerian military should recruit 50 million youths to fight unemployment, a statement his handlers later walked back.

He also said the Permanent Voter Cards have an expiry date, contrary to public knowledge and the position of the Independent National Electoral Commission (INEC).

Five Reasons Why E-commerce Is A Boost To Informal Retail