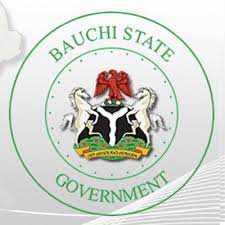 A yet-to-be-identified woman, who was delivered of a baby boy on Wednesday, has abandoned him to die on a rock in the Sarkin Kudu area of the Bogoro local government area of Bauchi State.

Our correspondent learnt that the baby was found on Thursday morning without clothes and with his placenta yet to be removed.

It was also learnt that security agents and the Bogoro local government authorities have launched a manhunt for the mother of the new-born baby.

A resident of Sarkin Kudu, who spoke in confidence, confirmed the incident saying that the baby was found on top of a rock in the area.

“We woke up this morning with a sad news that a new-born baby boy has been abandoned near a bush here. The mother of the baby left him crying on top of one rock in the area with his face covered to the ground.

“We quickly asked some of our women to rescue the baby and they did. It is really sad and unfortunate that the mother of the new-born baby abandoned him without removing his placenta and without clothes.

“The baby was born in the middle of the night of Wednesday and the mother abandoned him there. I’m sure she abandoned him with the intention that he will just die before day break.

“Although we are not happy with this development, we thank God that the baby was found alive and saved from danger. And as human beings, we have to take care of this baby,” he said.

He said that the baby was handed over to social workers in the area, adding that they had gone to the market where they bought the basic things needed to take care of the baby, including clothes and milk.

She said: “Our office received a report yesterday (Thursday) that a new-born baby boy was abandoned in Sarkin Kudu. Before we got there, the new-born baby had been picked up by one of the women in the area who had started taking care of him.

“He is now doing well and in good condition. We have also informed the security agents and investigation is ongoing to get the mother of the baby.”

She said that the social welfare office of the local government would continue to take care of the baby until investigations were completed and the mother of the baby found.

While expressing appreciation to the people of Sarkin Kudu and the woman who found and took care of the baby, she appealed to the mother of the baby to come and claim her new-born baby.

The Police Public Relations Officer, Bauchi State Command, Ahmed Wakil, who confirmed the incident to our correspondent in a telephone interview, however said that the baby was found in an uncompleted building in the area.

Wakil, a Superintendent of Police, said: “Yesterday, Thursday, June 2nd, 2022, at about 8.30am, some good Samaritans of the community went to the Bogoro Divisional Police Headquarters and reported that, on their way to the farm, they discovered an abandoned baby crying in an uncompleted building.

“Upon receiving the complain, the DPO and his team of officers and men moved to the scene and took the abandoned baby to the Bogoro General Hospital for medical check-up.

“After the medical doctors have certified that the baby is healthy, they handed the baby to the Social Welfare Department of the Bogoro Local Government Area.

The Brutal Mugging And Judas/Fulanis Robbery In Fagba Is Getting To A Heightened And Disturbing Rate.